Which are India’s Top 10 Medical Tourism Locations for Better Care? 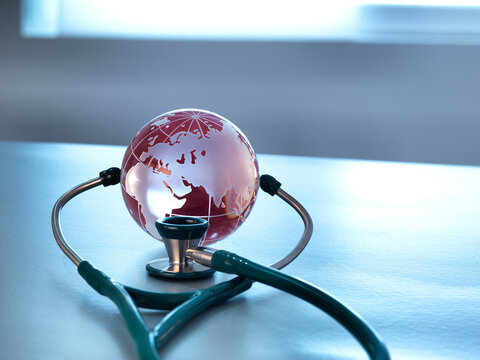 India is a hotspot for medical tourism and a collection of various healthcare services. For long years, the country has provided world-class services to international medical tourists that visit India. This comprises world-class infrastructure, experienced physicians, cost-effective therapy, and exceptional hospitality.

Apart from that, it has grown to be one of the most populous English-speaking countries. It is quickly adapting to new technologies as they emerge. Because they are JCI and NABH accredited, the hospitals in this area provide guaranteed quality services.

Travelling to another nation for medical treatment was once considered a major undertaking. However, individuals in every nation now have access to all information about hospitals, physicians, and hotels, among other things. The procedure of medical travel to India has been simplified. Not only that, but the government has created a separate visa category for foreigners who come to get healthcare services.

Here are the top medical tourism locations in India:

India’s national capital is New Delhi. By carrying out several “first” procedures, medical institutes like AIIMS (All India Institute of Medical Sciences, Delhi) have surpassed many foreign hospitals. Universities like Jawaharlal Nehru University, Guru Gobind Singh Indraprastha University, Indraprastha Institute of Information Technology, Delhi Technological University, and many more. Delhi is creating opportunities for more recently graduated students to succeed. Delhi is becoming one of India’s most popular locations for medical tourism as a result of this.

International Connectivity: The Indira Gandhi International Airport in Delhi is one of the busiest airports in the world for both domestic and international commercial flight travel. The busiest airport in South Asia and India is located 16 kilometres from the city’s centre. Nearly 4.8 kilometres separate the train station and the airport. Additionally, an eight-lane Delhi-Gurgaon motorway is connected to the IGI airport. Every year, the airport welcomes close to 37 million people. The airport won the title of “World’s Best Airport” in the highest category of airports handling more than 40 million passengers annually at the 2017 Airport Service Quality Awards.

An essential component of Chennai has always been a strong educational system. In addition to having excellent schools, it also has a number of prestigious universities, including IIT Madras, one of India’s top 10 engineering schools. The National Research Institute of Tuberculosis, The National Research Institute of Epidemiology, The Central Electronics Engineering Research Institute, and many more are among the research institutions in Chennai. This has led to the development of a solid basis for having cutting-edge infrastructure and highly trained and talented surgeons.

International accessibility – Meenambakkam, which is 21 kilometres from the city centre, is home to the Chennai International Airport. After New Delhi and Mumbai, this airport is the third busiest airport in terms of foreign traffic. Patients in India for cancer treatment frequently need to remain longer than expected and may also require a medical visa extension. If you run into any additional problems while receiving medical treatment in Chennai, there are several foreign consulates in the city to assist you.

One of India’s most well-known cities is this one. When it comes to developing business and other activities in the healthcare system, the location is a focal point. Mumbai is a vibrant city with friendly residents and welcoming hospitality. Due to the city’s high population density, both public and private hospitals are plentiful. The majority of the hospitals adhere to global standards. The majority of the personnel speak English fluently.

Due to the excellent standards of healthcare services, Mumbai is not only a prominent commercial and tourist destination but also fairly represents India’s urban healthcare industry. The city is among the best in India for access to the most modern medical services.

Foreign passenger traffic: After New Delhi, Mumbai’s Chhatrapati Shivaji Maharaj International Airport is the busiest airport in terms of international passenger traffic. Over the 750 hectares of land, there are three operational terminals with 950 daily aircraft movements. Additionally, it was recognised as the “Best Airport in India and Central Asia” in 2016.

According to analysts, Bangalore has a large market potential for medical tourism. It serves a large number of patients from throughout the world. Numerous millions of people from throughout the world visit the city. There are several institutes in the medical sector that provide students training and instruction as well as economical medical care. Numerous non-profit groups receive funding from providers of treatments that are economical. The hospitals work with reputable physicians and hold international accreditations. With all the amenities at your fingertips, staying in the city is also a pleasurable experience.

Airport accessibility – Bangalore’s Kempegowda International Airport serves as a major international airport. It is around 40 kilometres from the city and covers an area of 4000 acres. According to passenger traffic, it is the third busiest airport in the nation. In 2017, it handled more than 25.04 million passengers and moved more than 600 planes each day.

Oliver James is a content marketing professional with a passion for writing, reading and exploring new places. He is one of the best bloggers in Uk and also loved by his clients for his content marketing services in the UK.
[email protected]
https://apkasset.com/

Dani Khanhttps://apkasset.com/
Oliver James is a content marketing professional with a passion for writing, reading and exploring new places. He is one of the best bloggers in Uk and also loved by his clients for his content marketing services in the UK.

Tips when sailing with kids